This book, by one of the premier historians of Africa, is a slightly revised and expanded edition of his The African Past ( LJ 4/15/64). As before, it consists of snippets of historical source ... Read full review

45 other sections not shown

Basil Risbridger Davidson began his journalistic career as a member of the editorial staff of The Economist in 1938. That assignment was interrupted by World War II, during which Davidson served in the British army with distinction, receiving the Military Cross, the U.S. Bronze Star, and the Jugoslav Zasluge za Narod for his service in the Balkans, North Africa, and Italy. After being demobilized from the service, Davidson returned to journalism, first as the diplomatic correspondent of The Star and then as the Paris correspondent of The Times. He went on to become chief foreign lead writer and then special correspondent for the New Statesman, special correspondent for the Daily Herald, and lead writer for the Daily Mirror. As a journalist he published numerous works of fiction including Highway Forty (1949), Golden Horn (1952), The Rapids (1955), Lindy (1958), and The Andrassy Affair (1966) His nonfiction work includes Partisan Picture (1946), Germany from Potsdam to Partition (1948), and Daybreak in China (1953). Most of these were the outcome of his wartime experiences and subsequent career in journalism. During these years Davidson took an increasing interest in the African past. This interest brought him to the University of Ghana as a visiting professor in 1964 and as professor in 1965. Since that time he has devoted himself to the discovery of that history. He published his first work on Africa, Report on Southern Africa, in 1952. A host of other publications followed. His work has been characterized not only by his sympathy for Africa and for the Africans but also by the explication of the African past with a combination of the thoroughness of an investigative reporter and a style that has made his books popular with a large international audience. Although some of Davidson's earlier conclusions have been revised by later scholarly research, this in no way has diminished his influence on giving legitimacy to the history of Africa. His readable elucidation of African history has brought him many honors and awards over the years. His most effective exposition of the African past, however, may have been as author and narrator of a popular eight-part television documentary of Africa's history that aired in 1984. His most reflective thoughts on his research and writing on the African past may be found in his latest book, The Black Man's Burden: Africa and the Curse of the Nation State (1992). 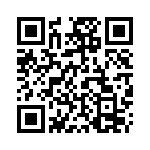