Interesting views backed with science Is always an good read. This is not a light book to read. In some parts I revisited more than once during my first read through. I listened to from beginning to endit 3 times. It is solid research explaining how or economic system works. I great read. Read full review

What a remarkable, provocative and confounding book. It's impossible to boil down this magisterial compilation of statistics and polemics into a few paragraphs for the sake of review. Every chapter ... Read full review

Thomas Piketty was born in Clichy, France on May 7, 1971. He received a M.Sc. in mathematics at Ecole Normale Supérieure and a PhD in Economics at EHESS and at LSE. He is a professor at the Paris School of Economics. His articles have appeared in numerous journals including the Quarterly Journal of Economics, the Journal of Political Economy, the American Economic Review, and the Review of Economic Studies. He has written several books including Capital in the Twenty-First Century.

Arthur Goldhammer is the translator for numerous books including Neoconservatism: The Biography of a Movement, Algerian Chronicles, The Society of Equals, and Capital in the Twenty-First Century. He received the French-American Translation Prize in 1990 for his translation of A Critical Dictionary of the French Revolution. 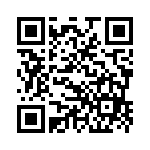