1 other sections not shown

Born on the Gold Coast (present-day Ghana), the son of a goldsmith and market trader from the Nzima tribe, Kwame Nkrumah was educated in the United States and Great Britain. His earlier degrees were in economics, sociology, and theology, but he also received an M.A. and did doctoral work in philosophy. In 1945 he put aside the academic career for which he had been training under Sir Alfred Ayer and became a Marxian political activist for the cause of Africans at home and abroad. He returned to the Gold Coast in 1947 and led the nationalist movement, for which he was jailed by the British. He was released in 1952, became prime minister, and helped effect independence in 1957, renaming the country Ghana. He served as president until 1966, when he was deposed by a military coup. He died in Bucharest, Rumania, while undergoing treatment for cancer. A distinctive dimension to Nkrumah's political impact was his contribution to Marxist socialist theory, with particular application to today's Africa. In this regard, his theory of "consciencism" is the most central. Nkrumah saw Africa pulled by the three religious value systems represented by indigenous tradition, Islam, and European Christianity. This is what Nkrumah saw as the crisis of African "conscience." Ultimately, according to Nkrumah, the solution lies in the qualified acceptance of Marxist socialism, but a socialism adapted to the cultural context of Africa. 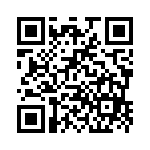