Fascinating (if you can get through the more theoretical economic chapters in the beginning) book on the development of capitalism, the great divergence and the return of China in the 21st century as a leading nation. Read full review

Giovanni Arrighi (1937–2009) was Professor of Sociology at Johns Hopkins University. His books include The Long Twentieth Century, Adam Smith in Beijing, and, with Beverly Silver, Chaos and Governance in the Modern World System. His work has appeared in many publications, including New Left Review—who published an interview on his life-long intellectual trajectory in March–April 2009, and an obituary in Nov–Dec 2009—and there are more accounts on his memorial website. 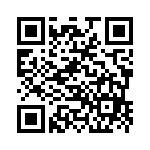