One of the best single volume accounts of WWII I have read. Clark really captures the essence of this monstrous conflict, which is so little understood in the West. Two monstrous ideologies grinding ... Read full review

Dated, with some errors,but still perhaps the single best one volume summary on the Eastern Front. It captures the spirit of the Russian people, along with the determined brutality of the German Army ... Read full review

Alan Clark, the noted historian, entered poilitics in 1972. He was Secretary of State in Margaret Thatcher's cabinet. 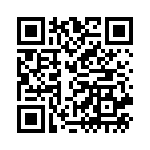