Review: Fear of Small Numbers: An Essay on the Geography of Anger

One of the better philosophy books I've read I globalisation. But I sometimes feel that his cookie-cutter categorisation is a tad too simplistic. But an easy read nonetheless. Read full review

Arjun Appadurai is the John Dewey Professor in the Social Sciences at The New School, where he is also Senior Advisor for Global Initiatives. His books include Modernity at Large: Cultural Dimensions of Globalization and the collection Globalization, also published by Duke University Press. He is a cofounder of the journal Public Culture, founder of the nonprofit PUKAR (Partners for Urban Knowledge, Action, and Research) in Mumbai, cofounder and codirector of ING (Interdisciplinary Network on Globalization), and a fellow of the American Academy of Arts and Sciences. He has served as a consultant or advisor to a wide range of public and private organizations, including the Ford, Rockefeller, and MacArthur foundations; UNESCO; the World Bank; and the National Science Foundation. 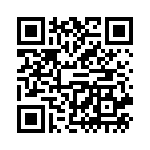